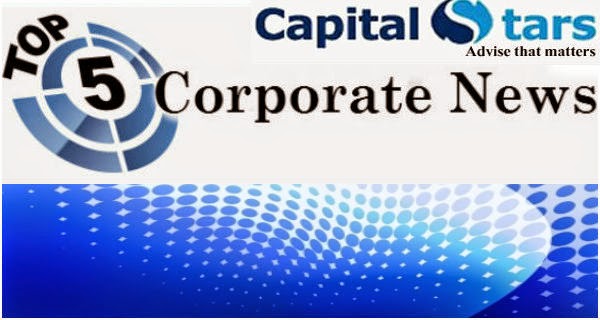 India can boost investments, hit borrowing targets
India can increase public investments and still hit its borrowing targets, a finance ministry report said on Friday, in an indication that Finance Minister Arun Jaitley will stick to debt targets in his maiden full-year budget on Saturday. The government should meet its medium-term target of lowering the fiscal deficit to 3% of gross domestic product ( GDP), the economic report said.
Glenmark to set up new injectable plant in US
Glenmark Pharma is gearing up set up a new injectable facility in US. The new manufacturing facility will be added to the plant at Monroe in North Carolina, the construction of which was started in August 2014. The total investment is expected at Rs160 crore ($26 million).

State Bank of India gets shareholders nod for raising Rs15,000 cr
State Bank of India (SBI) has received shareholders' approval for raising Rs15,000 crore through a public offer, including a rights issue, to fund business and meet global capital adequacy norms.
The capital raising could happen either in March 2015 or Q1FY16 (as per media reports) and is subject to condition that  governments holding in bank does not fall below 52%.

C Mahendra announces launch of "Eight in One" jewellery concept
C Mahendra Exports announced the launch of a revolutionary 'Eight in One' detachable jewellery concept to the market. The Group will be launching new product range via its retail stores and online presence that form part of Ciemme Jewels, which is a subsidiary of C Mahendra Exports. The launch of the niche jewellery products allows the Group to reinforce its presence as an innovator and pioneer in high-end and exotic diamond jewellery.

Posted by Equity Tips Stock Cash Calls at 2:48 AM