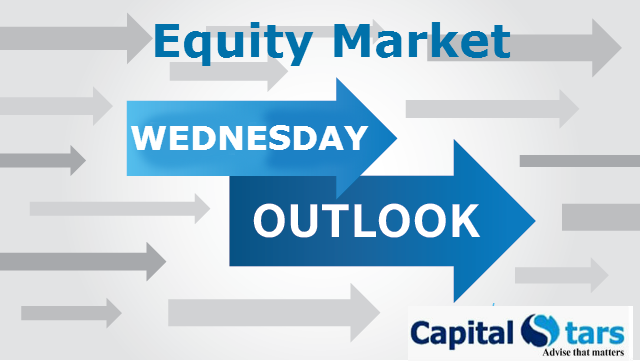 Indian equity benchmarks are likely to witness a gap down opening on Wednesday tracking a bearish trend across markets in Asia as traders remained jittery ahead of an OPEC meet which is unlikely to result in any substantial measures to address an ongoing crude oil global supply glut, curbing risk taking appetite.

Losses in the Nifty Index Futures for September delivery which were trading at 8,699, down by 0.28 per cent or 24.5 points at 10:28 AM Singapore time, signal that the Sensex may open lower today.

The domestic bourses may see heightened volatility as traders roll over their positions ahead of the September futures & options (F&O) contracts expiry tomorrow.

Caution is also likely to persist ahead of the upcoming monetary policy review of the RBI on Tuesday with a 25 basis points cut in interest rates a possibility given the dip in consumer inflation to below the upper tolerance limit of the government’s annual inflation target of 4 per cent plus or minus 2 percentage points.

Meanwhile, India’s economy remains on a strong growth path, and is expected to expand 7.4 per cent in the fiscal ending March 2017 as robust consumer demand and progress on reforms help it maintain its position of being the world’s fastest growing major economy, the Asian Development Bank (ADB) has said.

Volatility in oil prices amid fading hopes of an output cut at a meeting of OPEC countries on Wednesday weighed on Asian stocks which were trading lower today.

Shanghai Composite was trading with slim losses, Hang Seng fell and Japan’s Nikkei 225 tumbled over 1.5 per cent as worries over the outcome of the OPEC meet overshadowed relief over Hillary Clinton’s strong performance in the first US Presidential debate on Monday against Republican nominee Donald Trump.

Wall Street rallied on Tuesday as US consumer confidence scaled a nine-year high in September, bolstering the outlook for the world’s biggest economy.

Trend in FII flows:The FIIs were net sellers of Rs -155.76 Cr in the cash segment on Tuesday while the DIIs were net buyers of Rs 90.67 Cr, as per the provisional figures.