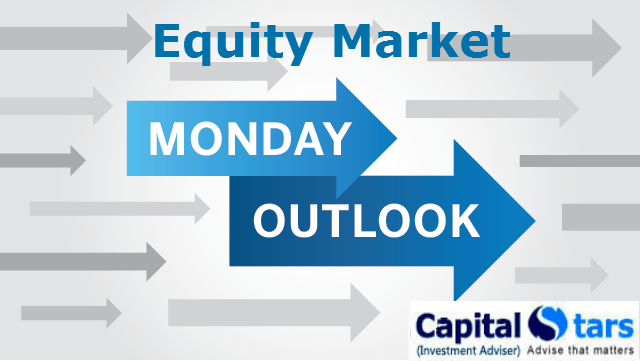 There are 754 advances, 586 declines and 430 unchanged stocks on NSE reflecting fairly positive bias floating in the market. ICICI Bank is the top Nifty gainer and Aurobindo Pharma is the top Nifty loser in the morning hours on Monday. Indian equities markets are likely to open flat to negative on Monday as the cues from Asian peers are subdued. The SGX Nifty, which was trading at 9,104, down by 7 points or 0.08%, also signalled a flat to negative opening.

The US stocks closed mostly lower, with major indices posting the biggest weekly losses in months, after House Republican pulled a controversial Healthcare bill from consideration as they did not have enough vote to pass the bill.

Asian markets are trading in the negative terrain on Monday. Japan’s Nikkei 225 has declined about 300 points. Hang Seng is trading flat with negative bias and Shanghai Composite has gained 8 points.

Trend in FII flows: The FIIs were net buyers of Rs 543.35 the cash segment on Friday while the DIIs were net sellers of Rs 116.50 as per the provisional figures.