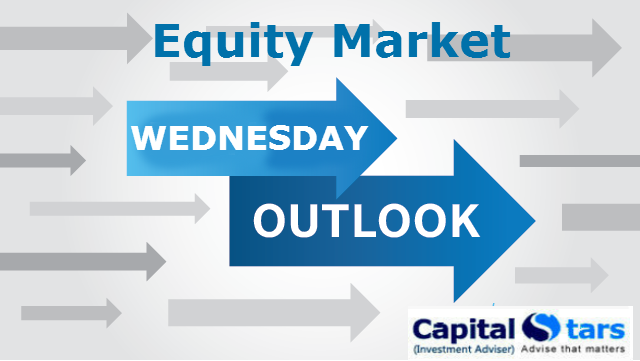 Shares of Sasken, Muthtfn, Kirlosind and KPIT will also remain in limelight as they will release their earnings report later today.

Indian shares eased marginally on Tuesday as oil-to-telecoms conglomerate RIL dragged on the market over concerns about spending at its telecom unit that overshadowed better-than-expected Q3 earnings. The S&P BSE Sensex and CNX Nifty fell 0.19%-0.18% each.

Japanese stocks fell to five-week lows on Wednesday, hurt by the yen's rapid appreciation and as investors were cautious ahead of U.S. President-elect Donald Trump's inauguration on Friday.

European shares ended flat on Tuesday, coming off lows after British Prime Minister Theresa May provided some clarity on her country's plans to leave the European Union.

US stocks fell on Tuesday, with financials, transports and other big post-election gainers losing ground as earnings season kicked into gear. Also weighing on stocks were concerns about protectionist trade policies. Key data to watch in US today are Consumer price Index and Industrial Production.

Trend in FII flows: The FIIs were net buyers of Rs 142.21the cash segment on Tuesday while the DIIs were net sellers of Rs -607.23as per the provisional figures.