Markets may open in Green on global support 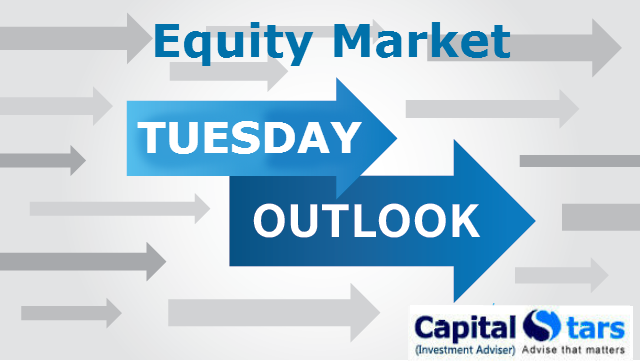 Indian equities are poised to open higher on Tuesday, tracking firm cues from fellow Asian peers as investors were buoyed by robust Chinese Caixin manufacturing PMI which rose to 51.9 in December. Markets in US remained closed on the eve of the New Year holiday.

Back home, India Manufacturing Purchasing Managers’ Index declined to 49.6 in December from 52.3 in November, with a reading below 50 signaling contraction, dented by the demonetization move.

On Monday, Indian equity benchmarks ended tad lower, paring most of early losses, on the first trading session of the calendar year 2017, helped by strong rally in the broader markets, with Mid cap and Small cap indices gaining between 0.8 per cent-1.2 per cent.

Asian stocks began 2017 on a flat note on Tuesday, uninspired by a surge in European markets to their highest in more than a year, while the dollar resumed its climb after last week's stumble.

Major European equity indexes climbed to new highs in thin trading on Monday, with strong manufacturing reports from the region boosting sentiment on the first trading day of 2017.

The U.S. dollar held firm on Tuesday as the prospect of rising U.S. interest rates this year kept sentiment bullish, while a surprisingly upbeat reading on Chinese manufacturing gave the Aussie dollar a lift.

Major Headlines of the day:
Balrampur gets shareholders nod for buyback of up to Rs175 crore.
Tata Motors December 2016 standalone business volumes grow marginally 2% yoy.
Oil prices rose in the first trading hours of 2017, buoyed by hopes that a deal between OPEC and non-OPEC members to cut production, which kicked in on Sunday, will be effective in draining the global supply glut.

Trend in FII flows: The FIIs were net buyers of Rs – 260.64 Cr in the cash segment on Monday  while the DIIs were net sellers of Rs  20.66 as per the provisional figures.