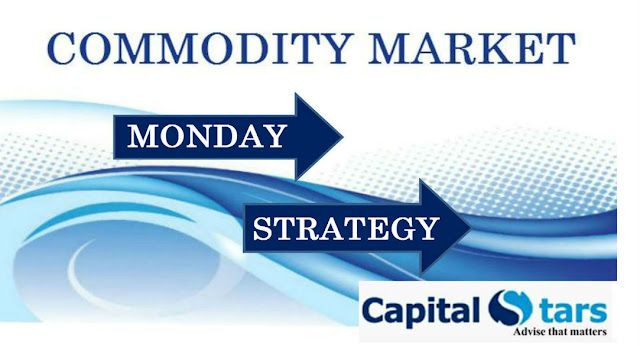 Gold prices gained in Asia on Monday as investors sought bargains on the physical side amid market volatility on growth prospects in the region. Gold for December delivery rose 0.22% to $1,115.20 on the Comex division of the New York Mercantile Exchange. Uncertainty over the impact of the devaluation on global inflation expectations and the outlook for growth in China sparked fears that the Fed could keep short-term interest rates on hold for longer. But market volatility eased as the yuan steadied after the PBOC said there was no reason for the currency to fall further given the country's strong economic fundamentals.

LME copper remained relatively stable Friday and edged down USD 7/mt to close at USD 5,170/mt. Copper prices are consolidating in a tight range between 338 to 342 levels Prices need to decisively breakout above 342 to move higher towards 344 levels. A break below 337 will see prices dip towards next support at 335/334 levels. Any major fall is likely only on a break below 334 levels. Until then dips will find buying support and prices will rebound higher. The flash data of US’ University of Michigan’s CCI for August came in at 92.9, missing forecast and its second lowest level since November 2014.

Growing concerns over demand from China and Japan sent crude oil prices down on Monday in Asia as investors also noted a major industrial accident last week in the Chinese port city of Tianjin may also disrupt economic activity for a considerable period as cleanup gets underway. Oil prices were also hit by fears that Chinese demand for oil will drop after the country devalued its currency in a surprise move on Tuesday, as a weaker yuan would make imports more expensive. On the supply side, industry research group Baker Hughes said late Friday that the number of rigs drilling for oil in the U.S. increased by two last week to 672, the fourth straight weekly gain.